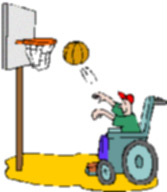 Daniel is 15. He has a brother Adam who is 7.  They both have Duchenne Muscular Dystrophy.  Daniel is in a wheelchair but has good upper body strength.  Adam walks but his balance is unsteady.  Daniel is aware of his disease and the limitations it will have on his life.  Despite being a bright student he is now rebelling and has decided he doesn’t want to do his GCSEs ‘because there’s no point’.He has started to become nasty to other children and even to adults, calling them names and whispering about them to his friends. He has been caught smoking in the playground and he is making suggestive remarks about older females, often within the hearing of staff. he used to enjoy archery but recently has been having problems holding the bow. When this happens he goes off in a mood and refuses to co-operate with the teachers.

His parents report that Adam doesn’t know about his condition and admires his brother greatly. They are concerned that Adam is copying much of Daniel’s behaviour and he is starting to get into trouble at school.