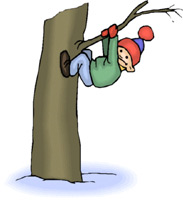 Peter is 9 and is a relatively new pupil to the school, having been expelled from his previous one due to extreme behaviour problems. He has quite severe dyslexia and as a result becomes extremely emotional and frustrated when asked to do something which is difficult for him.In his first few days at the school he was twice found up a tree in the school grounds. On each occasion he had been asked to complete a written piece of work which he considered too difficult.

On one occasion Peter and his ‘girlfriend’ were found hugging and kissing. This behaviour was considered inappropriate by the school and he was taken into the headmaster’s office to be told so. Peter’s reaction was rage and he began to throw chairs, kick and punch the adults around him and throw his head against the walls.

On another occasion a new child joined the class. A supply teacher was in charge. Peter took offence at the new child looking at him and flew into a temper putting his head through the mobile classroom wall.